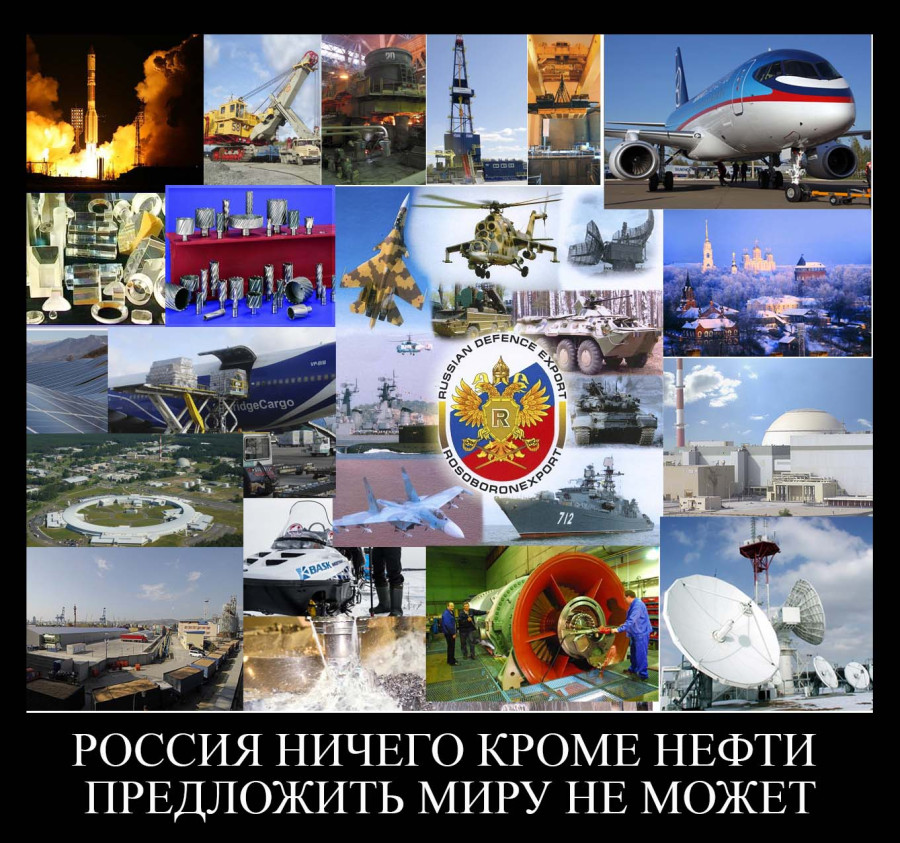 As shown in ""iPhone MAXI" concept" post, another quadrupling of resolution is inevitable, "Retina2" (or however it will be called) is surely coming.

But is there a point in even further increase of pixel density, beyond what Retina2 could offer? As it turns out, yes.

In 520 ppi screen of supposed "iPhone MAXI" or even 652 pixel per inch (PPI) for regularly sized iPhone, user could still see the edges if the image is strictly black-and-white, and no colour gradients/shades/hues are used to smooth the "staircase effect". This is one of the reasons why black and white laser printers have 1200 dots per inch (DPI) resolution, up from the necessary minimum 600 dpi.

As seen from this description, this issue covers only incredibly rare cases. This alone does not warrant going with pixel density even further. But there is more: quadrupling of resolution one more time, to "Retina3" (or however it will be called) with its 1040-1304 ppi, will let the smoothing go away, there will be no need for that. Considering that high-quality smoothing in graphic applications (mostly games) takes half of all of computational power of the graphic co-processor that is built in system on chip (SoC), ultimate pixel density will require only doubling of the graphic performance, rather than quadrupling. And, more importantly, this will even provide relative energy savings, where simpler 3D applications will make device consume less despite quadrupled resolution. 2D user interface will save energy, too, as texts will not need smoothing.

Finally, raster images such as pre-rendered user interface (UI) elements could become freely scalable without visible smoothing artefacts. Pixel density will be so high that mobile device manufacturers and software developers will forget about all of raster image quality issues and will be forever free with specific resolutions that screens could take and projected level of ppi that raster UI elements they design. This is what "resolution independence" actually is.

Currently among smaller Internet-connected mobile devices Apple has two sizes of screens: 4" for iPhone and iPod touch, and 7.9" for iPad mini.

While iPhone has unique advantage being the only flagman smartphone in the world that designed for one-hand use, there is still need for two-hand-use, bigger screen smartphones. People use such devices more as small computer rather than phone, so the fact that bigger phone is less convenient to hold does not bother them too much. Also, big smartphone users have bags (purse, man bags, man purse, waist bags, so on), so they might not care that with this size phone does not fit in every pocket.

So similarly to the case of Apple scaling down iPad to iPad mini, the company might take route of doing so to the iPhone — though scaling it in the opposite direction to produce iPhone MAXI (or however it might be called). This would fill the gap between sizes that Apple offers in smaller mobile devices.

Apple has chosen the degree of downsizing of iPad to iPad mini very carefully: the latter's screen is about third smaller than the former's. Or, conversely, iPad's screen is about 50% bigger than the iPad mini's. This was to provide significant change of screen size, but yet not big enough to tamper with usability and invoking the need for the user interface (UI) change, fragmentation of the iOS platform.

Similar approach might be taken in scaling up iPhone. For example, iPhone MAXI could have 5" (4.9") screen, which also provides about 50% difference in screen area — serious change, but not big enough to require any UI updates. Everything would be just half bigger, except for screen would fit more text from electronic mail, browsing the web, books; films and television shows will have bigger area to be displayed on.

Back in 2010, when Apple was the first in the industry to mass produce smartphone with Retina-class screen, they said that people are not really able to discern pixels at typical for a phone viewing distance 12" when the density is above 300 pixel per inch (PPI). This is correct, but not when the distance is much shorter and/or graphics is very contrast and yet does not use smoothing.

The former is very rare case (a myopic person forgot his/her glasses and tries to read what is on the screen by just moving it as close to the eyes as possible), but the latter is not that rare, it does happen. For this reason minimally acceptable level of detail in laser printers is 600 dots per inch. A bit of toner can not have any gradation of shades; hue-based smoothing, as in screens, is not possible. This example is an equivalent to the case for screens when there is a high contrast graphics and no smoothing applied.

Thus it is inevitable that screens' PPI characteristics will advance, even though in most cases people will never see the difference between new levels of pixel density and original Retina resolution that was presented back in 2010.

This number of pixels is roughly equal to that of iPad with Retina display, so system on chip (SoC) that would be needed should have twice wider data bus than what regular iPhone requires. This means that iPhone MAXI will have SoC such as A6X.

Both screen itself and A6X SoC will demand more power than that of regular iPhone, but with iPhone MAXI bigger size there is no problem to fit larger battery. Also, the screen's transistors could be made of iridium gallium zinc oxide (IGZO), rather than low-temperature polysilicon (LTPS) or, the more so, amorphous silicon (a-Si). This material is much more translucent, hence requiring much less back light for the same actual brightness, saving the power.

THICKNESS AND OUTER DESIGN
Thickness of iPhone MAXI will be limited by the thickness of photo sensor and optics, as well as by the need of larger battery. Apple barely managed to fit good-quality camera into iPhone's body with its 7.6 mm thickness, so iPhone MAXI should be no thinner. Of course, there is always choice to use weaker camera, as in iPod touch, which has 6.1 mm thickness; then device's outer design can not be that of regular iPhone, but rather come from iPod touch instead. But it is still not possible yet because larger battery will not fit in such thin device even despite its bigger width and length. So both thickness and outer design are going to follow regular iPhone. 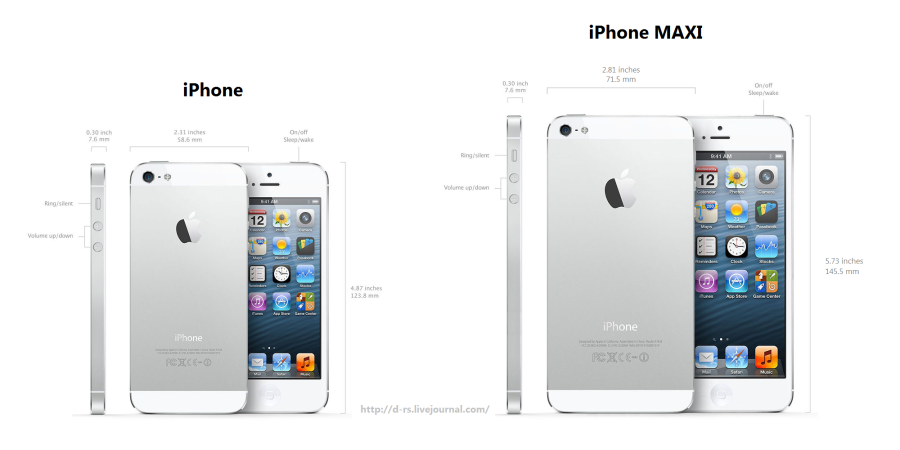 Click to see in original resolution
EFFECTS ON REGULAR IPHONE

With or without the release of iPhone MAXI, there will be demand for regular iPhone update.

Considering current limitations of both screen and SoC manufacturing capabilities, it is not possible to produce regular-sized iPhone with Retina2: 652 PPI for 4" sceen yet. And the issue is more with SoC, rather than with super high pixel density of the screen. iPhone has very little inner volume that would not allow any larger battery than it already has, and the needed for Retina2 SoC A6X consumes about twice more than A6 that is used now.

So the only way to advance is to use A6X/A7X SoC when it will be manufactured on 20-22 nm process, rather than on current 32 nm. This would result in dramatically lower power consumption. Use of IGZO in screens will also help.

This all means that iPhone with Retina2 can only appear in the fall of 2013 or even later.